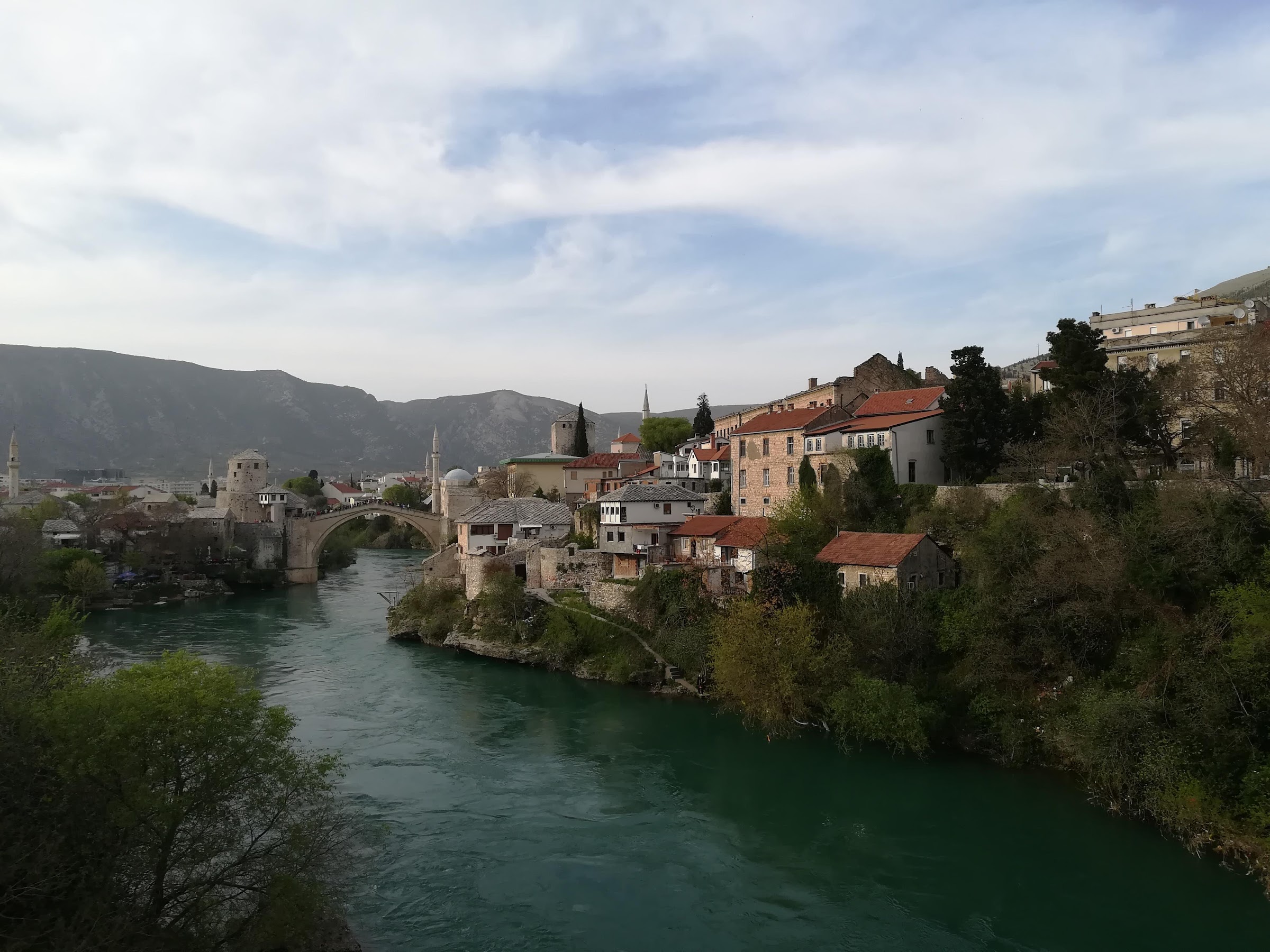 Mostar, and mountain Velež are my first mountain biking experience in BiH and introduction is very interesting. In Slavic myhtology Veles, Volos or Voloh is god of earth, water and underground. He is often connected with dragons, cattle, musicians, magic, fortune and deceptions and is Perun’s main antagonist. Their rivalry is one of the main myths in Slavic mythology.

Before I went from Zagreb to town Ploče  I made contact with Đani over social media. I’ve read some of his text on internet about biking, explored some of his routes that he drove, so i knew that he could give me very good informations where to ride in BiH. Finally we met in person in Croatia at the end of 2017. while we rode on Babina Gomila (one of hills near Neretva Valley). At the time all mountains in BiH were covered in snow, so I had to be patient and wait for snow to melt down. And then on april, I got invitation from Đani to visit mountain Velež with his friend Darko. I didn’t know much about route, I just knew that there was one way road up and down to the peak Brasina in combination of paved and unpaved road.

At the day of ride I was a little late so we rode later than we planned. Due to my delay and potential snowdrifts we shortened our ascent and started our climb at 9th km of gpx file. Later that showed as a good call, because at higher elevations there were still substantial amount of snow, and took us quite time to cross them.