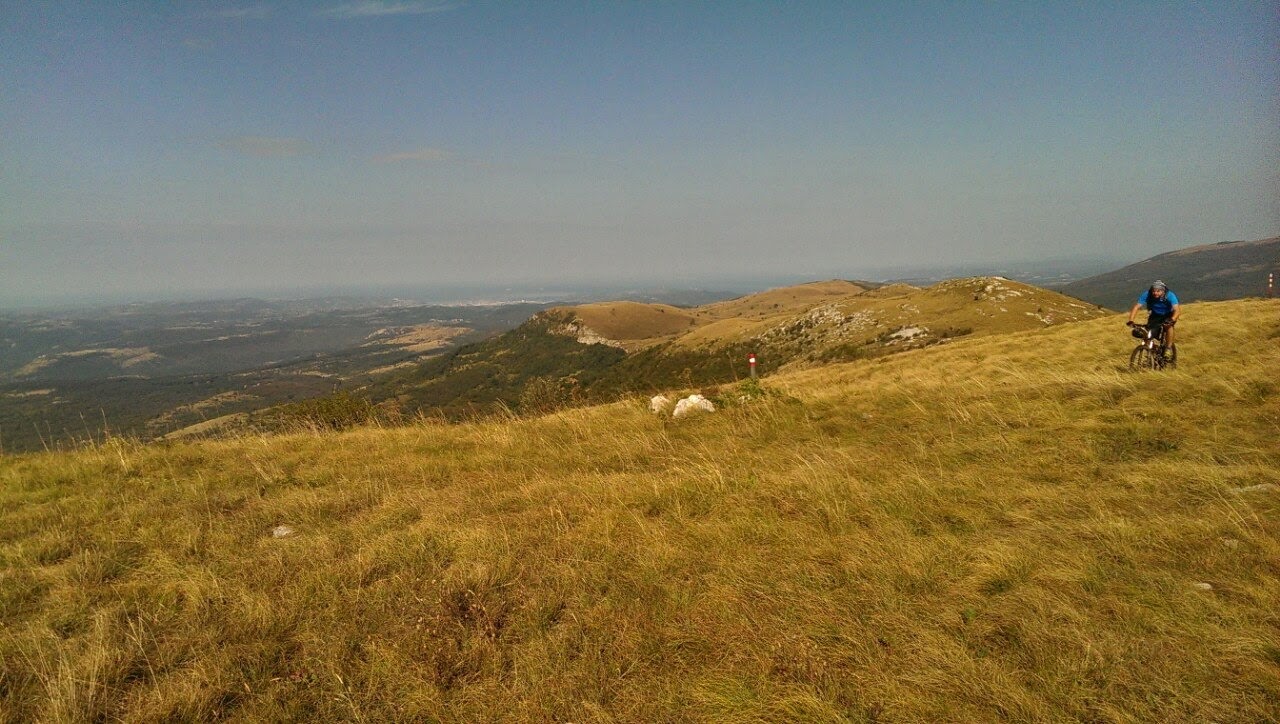 Žbevnica is highlighted peak on western side of Ćićarija mountain, and also the last peak in west of Croatia higher than 1000 meters. I visited Ćićarija for the first time in 2016 with my friend Petar who run 100 miles of Istria few times and knows this region very well (and he is from Istria). Even though we cycled then mostly on unpaved road with very few singletrack trails I liked Žbevnica peak because of its long grass and opened sights in all directions. It reminds me on Hahlić in so many ways.
This year I decided to go back to Ćićarija, but I wanted to include more singletrack in the route. I asked local guys for some insights and I’ve got gpx track from Goran who helped me with some advices and gave me few pointers. He warned us that track could be overgrown with vegetation on some parts, and it was, but not enough to change our mind not to ride it.

We rode this track two days after Stol, which is very hard route, the kind of route that you enjoy to ride, and like to remeber it, but also kind of ride that makes you hate your bike for at least two days. 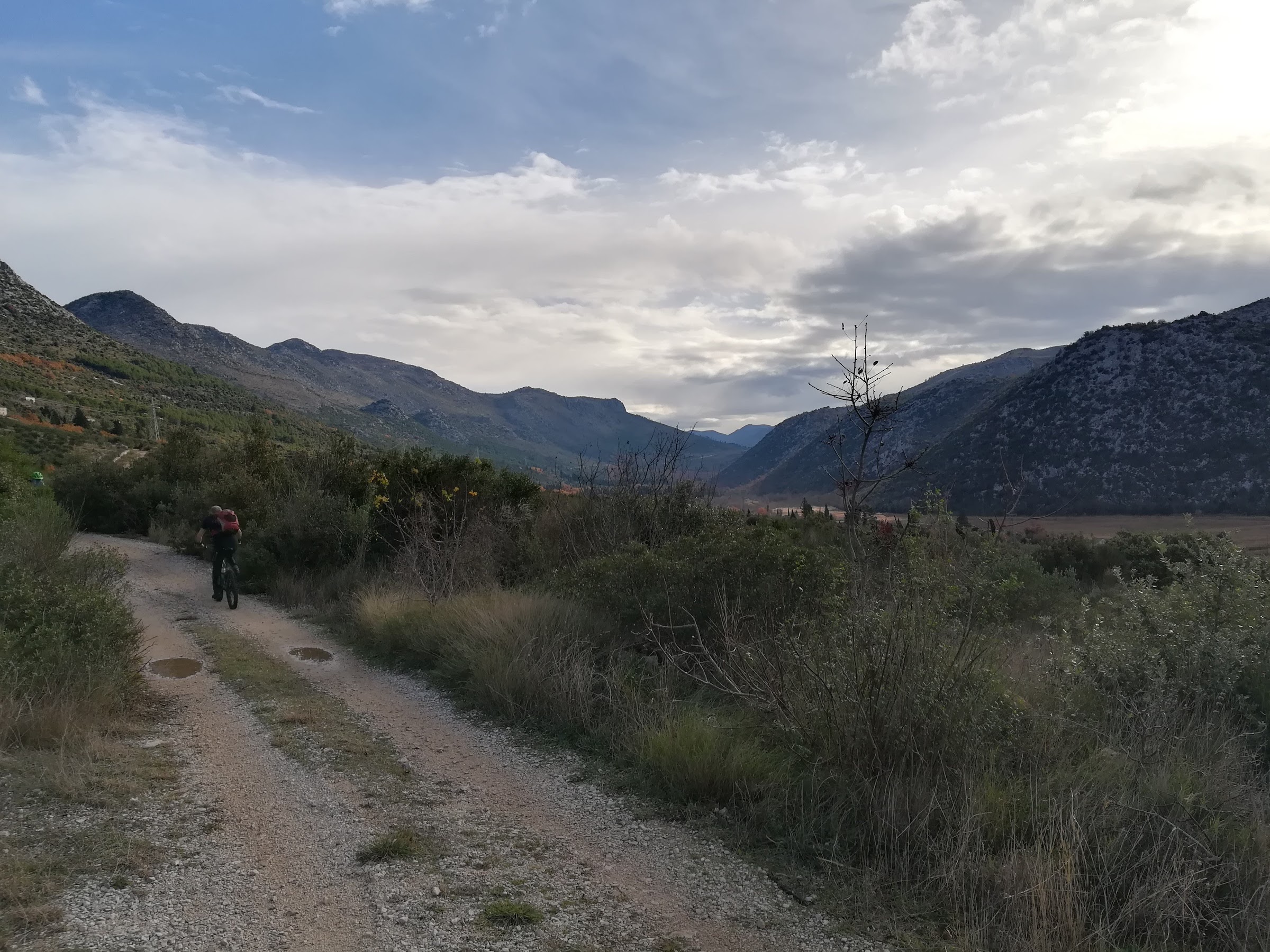 I visited Babina gomila two times. First time was in December 2017 (with Đani and Ivo), and second time during summer 2018 (that is the reason why I have pictures in winter and summer time). I cannot say for sure, but I think that Đani, Ivo and me were probably the first ones that visited Velika Rujnica by bike. Ride starts from a small place called Rogotin. I parked my car near bus station and continued to ride along Neretva river (follow the road which turns left just before Rogotin bridge) . At 3rd km turn left for Banja, then keep right at intersection. Right road takes you to Blue eye and lake Desne (Modro oko i jezero Desne). This is significant landscape of partially submerged karst depression connected with river Neretva. Except as a ladscape, this area is also significant from the point of view of biodiversity because it contains endangered habitats, and is also important for the migration and wintering of birds.
END_OF_DOCUMENT_TOKEN_TO_BE_REPLACED
Continue ReadingMTB Rujnica