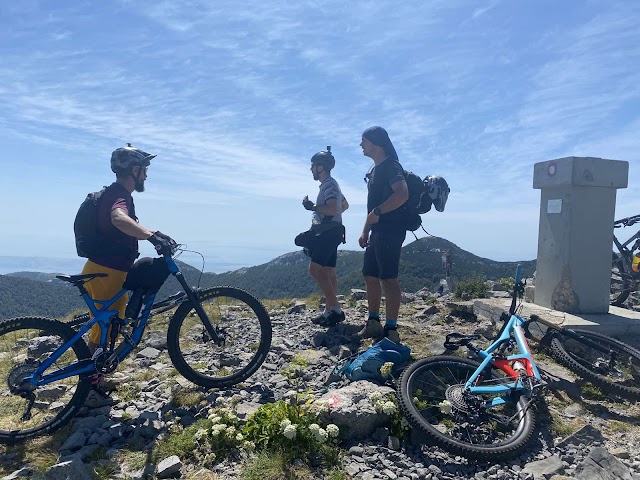 After visiting Sveto Brdo and Visočica peaks, positioned on south Velebit, this time we decided it is time to go little bit north and visit middle Velebit and its peak Šatorina. I heard from a friend who bikes, about this peak, he hiked there and he advised me that it could be rideable. My biggest problem about visiting this peak was that I couldn’t find any useful gpx files that had enough hiking paths. Most of those gpx tracks were XC rides with tiny portions of singletrack trails on the peak. I took one day, drew some lines on existing trails (thank you koomot, great program for that kind of planning) and hoped for the best. My biggest fear was that I choose wrong direction of the trail, or that descents weren’t bike friendly and that we would end up carrying our bikes on descents.
This would be disaster because we were going into unknown and we already carried good amount of trail uphill. 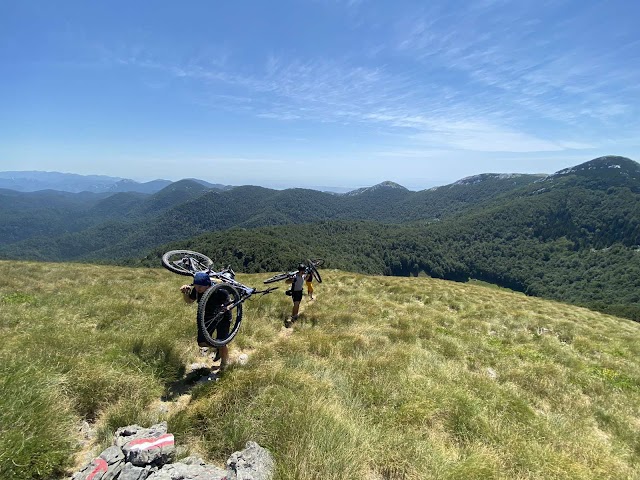 After long ride on unpawed road (which is in very good condition and can be done with normal car) we parked in Štirovača valley. After first 14 km, which are on very easy and flat unpaved road, starts hike a bike part that lasts about 3 -3,5 km and includes ascents to peak Štirovača and ascent before Ograđenica shelter. On the way to Šatorina peak we met some nice people and they took spontaneous pictures of us. They even contacted me on instagram and sent me photos. Krystina if you ever read this, thank you. 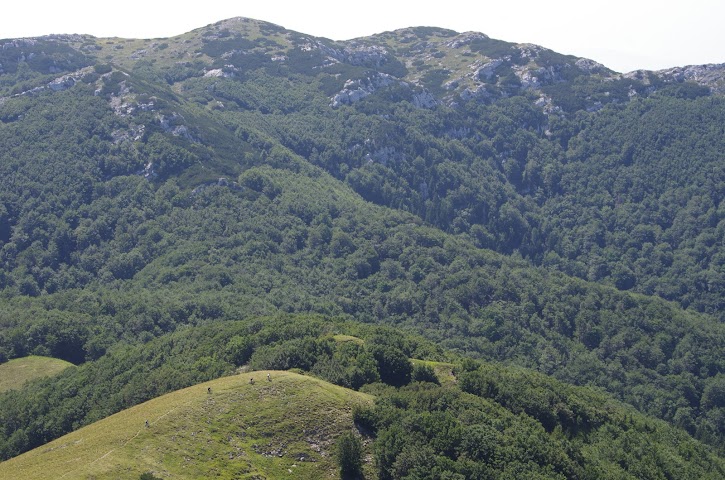 We are those tiny dots in the left corner :D.  This picture was taken from Šatorina peak on our way to Ograđenica shelter. Just on the saddle before shelter we enjoyed in nice view on coast and islands. From there we could see very very far in all directions. 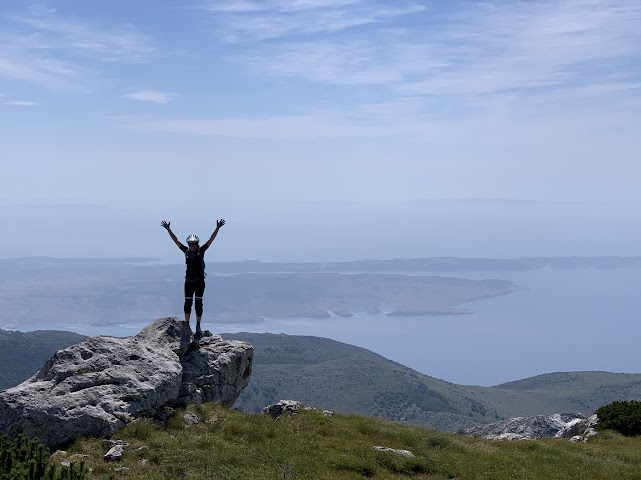 On the saddle, Zoki took nice picture of Jasmina. You can see island Pag behind. After enjoying the view and encounter with vipera ammodytes we descended with the most technical part of trail to Ograđenica shelter. There we met some solitary hiker/photographer who spends a lot of time on Velebit, enjoying in views and taking pictures of wild animals. I could imagine my pension like this. 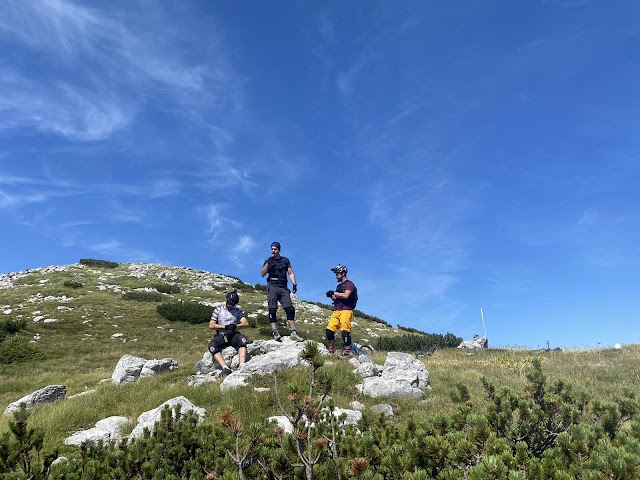 Just behind shelter Ograđenica there is barrel of drinkable rainwater which is collected from the roof. Very nice refreshment which we gladly accepted.

After Ograđenica shelter comes ascent thet we could finally ride and then we followed very very fun trail. We reached macadam road and we planned to go one ascent more to Ljuljevačko brdo peak, but than we realized that trail that leads there, and descents that follows after that isn’t actually the trail but some unatractive forrest road, which is very very steep, so walue for money was very low. Insted of this we decided to go on macadam road and then connected on some semi overgrown path that leads directly to Štirovača and our cars.  Be carefull to follow our track because this region is mined.
We realized that just before ascent to Ljuljevačko brdo peak there is also another trail that leads to Štirovača valley, so You have another option. Even though our trail was little bit overgrown, you could see path quite enough and it was interesting to ride. All in all I would recommend everyone, who don’t mind hiking uphill to visit peak Šatorina with a bike. Biggest minus is that after descent from Šatorina peak you have to hike with a bike again, but that is the only way to gain this amount of trails for descent. If you go right on crossroad after descent from Šatorina (where we turned wrong but came back in the video) you will lose best parts of our ride. 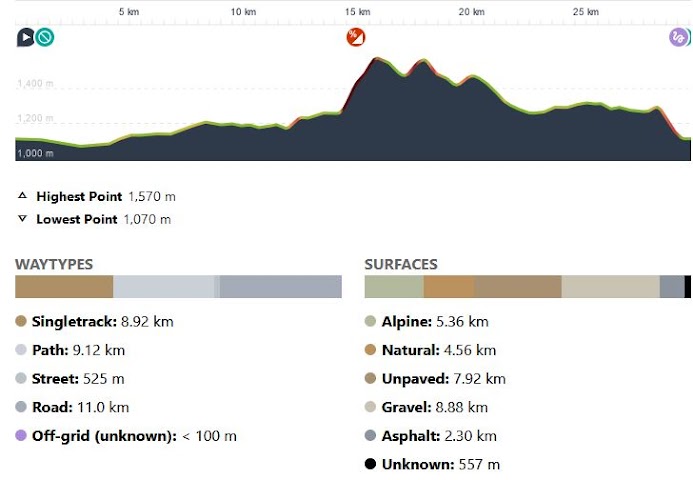