Few days before this ride I was looking from beach on surrounding hills above Žuljana and wondered how many  mtb trails they hide. Later I found out that there is interesting peak st. Ivan with nice view, but used mostly by hikers. I asked local mountainbikers about possibility to go with mountain bike, but nobody didn’t have useful informations so I decided to check it on my own. I went on a hiking with my girlfriend and did some trail inspection and immediately realised that this trail is hidden gem, even though it was overgrown on few sections it was possible to pass through with the bike.

After hiking, the next day,  I went on a ride very early to avoid heat during ascent. Start was from my apartment in Žuljana, and from there I followed asphalt road that connects to Dubrava, but just before Dubrava turn right on gravel road which is old Napoleon path that goes along main road. 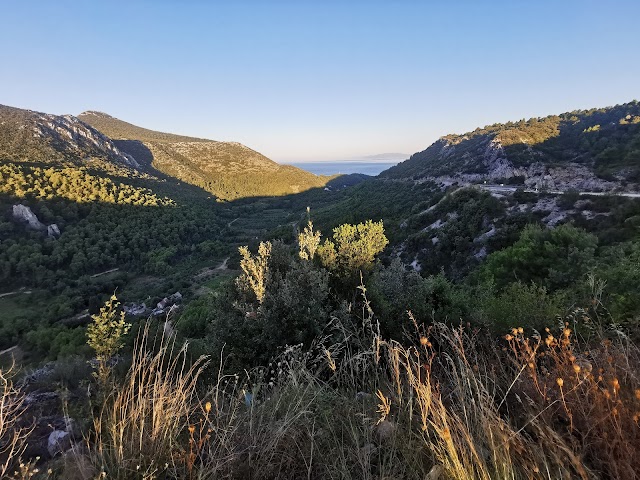 View on Žuljana  and asphalt road on the right side.

After aproximatley 3 km on gravel road I reached main road that goes through Pelješac and connects his two sides, and soon after I turned right and followed gravel road which leads to vineyards. 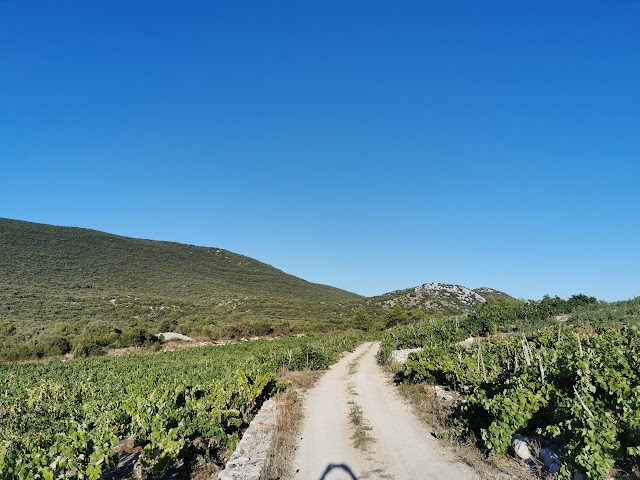 Start of bike&hike section and st. Ivan peak from distance 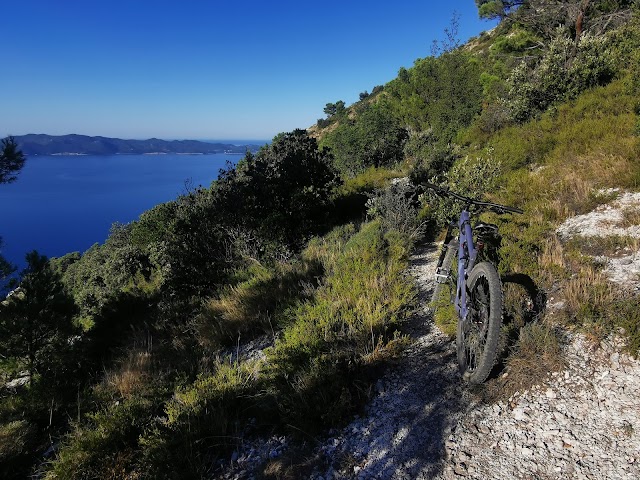 Hiking trail and view on Mljet

As I was getting closer to the peak I thought that I was probably the first one who hiked on this peak with the bike. And while thinking about that I saw a guy looking at me and smiling from above. As I reached the top I realised that he is also with the bike. After little introduction we agreed to descent together. Frane is from Slovenia and also likes to explore these kind of trails. Day before he visited st. Ilija peak. Too bad this was his last day of vacation, I’m sure we would find some peak to explore together. As it goes, after descent we exchanged numbers and agreed to do some ride in the future.

Descent from the peak is very steep on loose terrain. After reaching gravel road and reentering the hiking path terrein is not so steep, but it is on some places overgrown with vegetation which makes riding even more difficult. Even though the trail is not maintained, it is far more beter and interesting than gravel road that you can chose to ride if you decide that this trail is not for you. In the end, you have two options. Follow the path that I rode or choose gravel road for descent and turn this all mountain ride into easy XC ride. 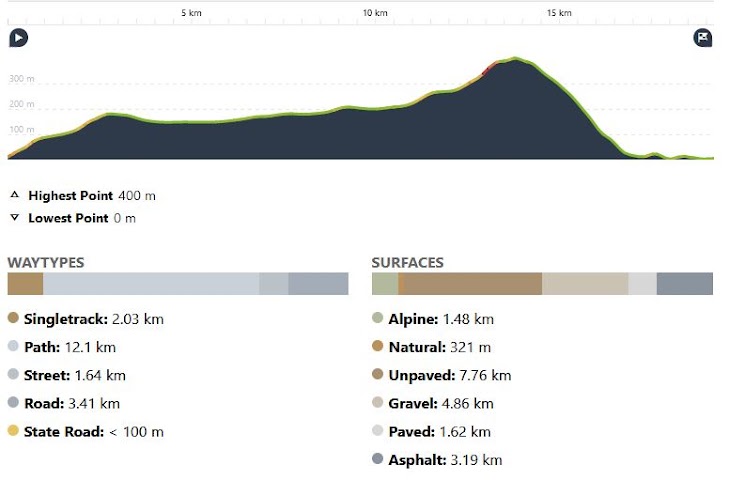