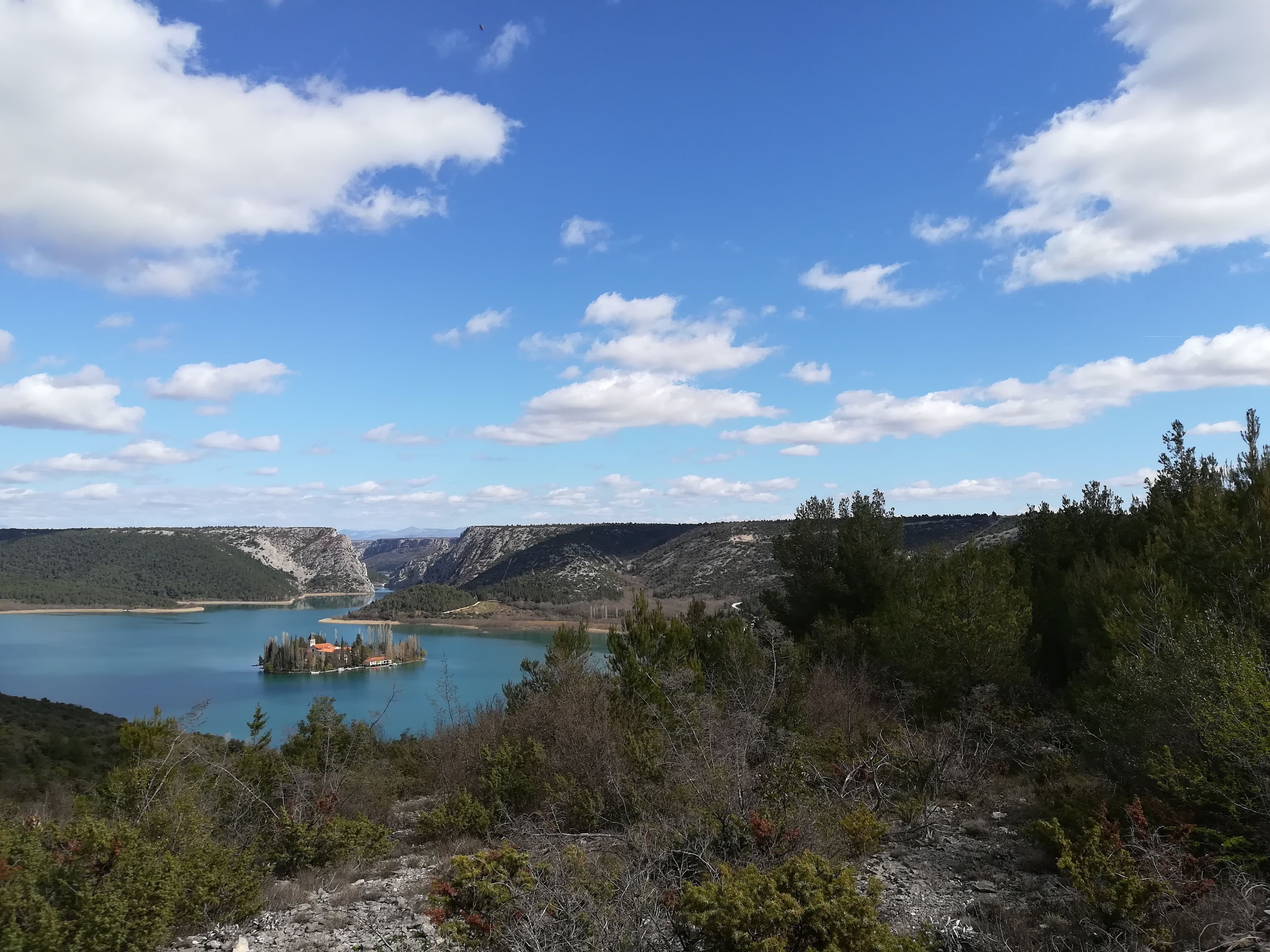 Krka national park is one of the eight national parks in Croatia named after river Krka and situated along its middle lower course.  Due to its special position and the mosaic distribution of various types of habitats, it is characterized by exceptionally rich and varied flora and fauna. After NP Plitvice, NP Krka is the second most visited national park in Croatia. Considering that it was Easter Monday, and that my girlfriend went to France, and that it was to far to travel back home to Nova Gradiška (to visit my parents) from Ploče, the only logical solution was to visit NP Krka, and the next day to see island Čiovo (which will be described in near future:). I booked my apartment in Skorići, which is placed 1,5 km north from Skradin town. I stayed at apartment and my hosts were very nice people who had just started renting, and entering the business so they treated my like a guest, not like a tourist. Householder hobby was search for metal parts, mostly ancient metal coins with his metal detector. As you can see from the photos he really found something with his device, even a fossiles and some kind of minerals. As I remembered, his metal detector has a reach around 30-50 cm, I wonder what secrets lie in deeper layers beneath.  My bike doesn’t have metal detector that can find metal beneath ground, but it has ability to carry me wherever I’m capable to pedal. 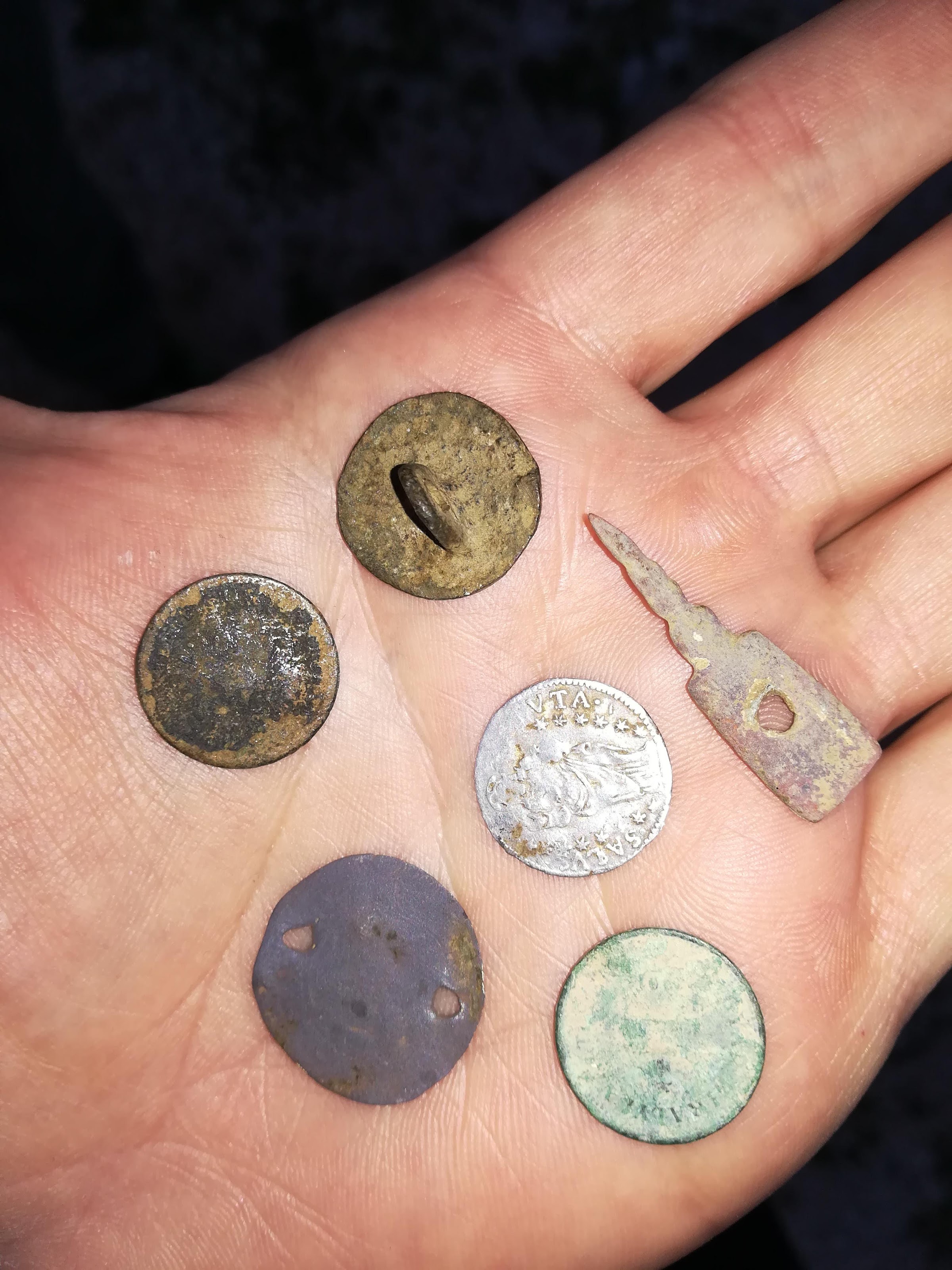 My route starts in Skorići, and every few kilometers goes from ascent to descent mostly on unpaved road. Track leads near Roški slap and Skradinski Buk (which are famous waterfalls in the area.) It is allowed to swim there, so you can refresh,  sadly for me weather was to cold for my taste. If you ride this trail at some point you can see Visovac lake (Visovačko jezero) and island with monastery placed in the center.

Along the route there are many sightseeing points to all the riches which NP Krka has to offer. 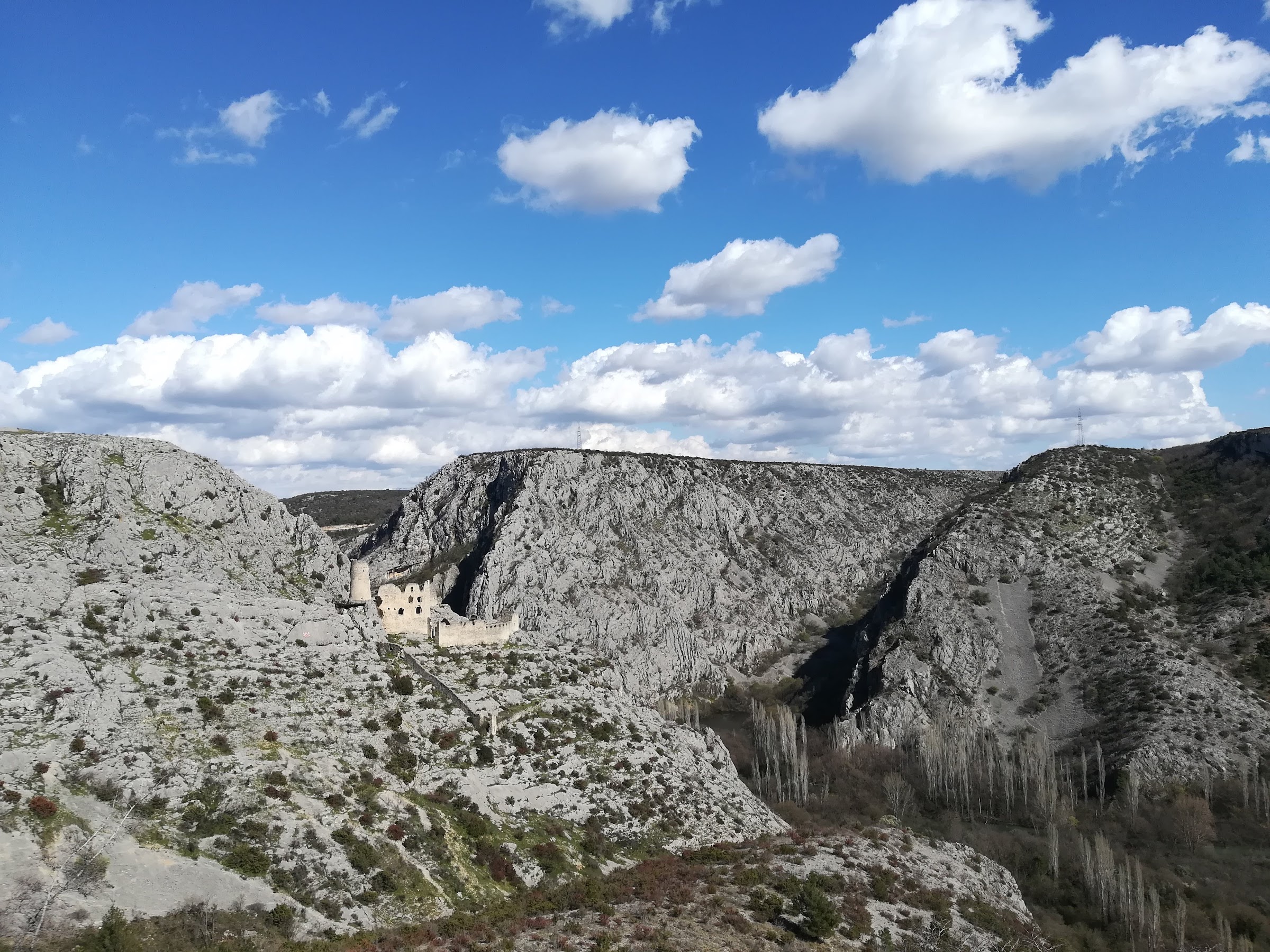 I read that Ključica is biggest and best preserved medieval fortress in NP Krka which was built in 13th century by Nelipići, Croatian noblemen family. From here it doesn’t look much preserved, and it looks like it will melt into the stones in few years. 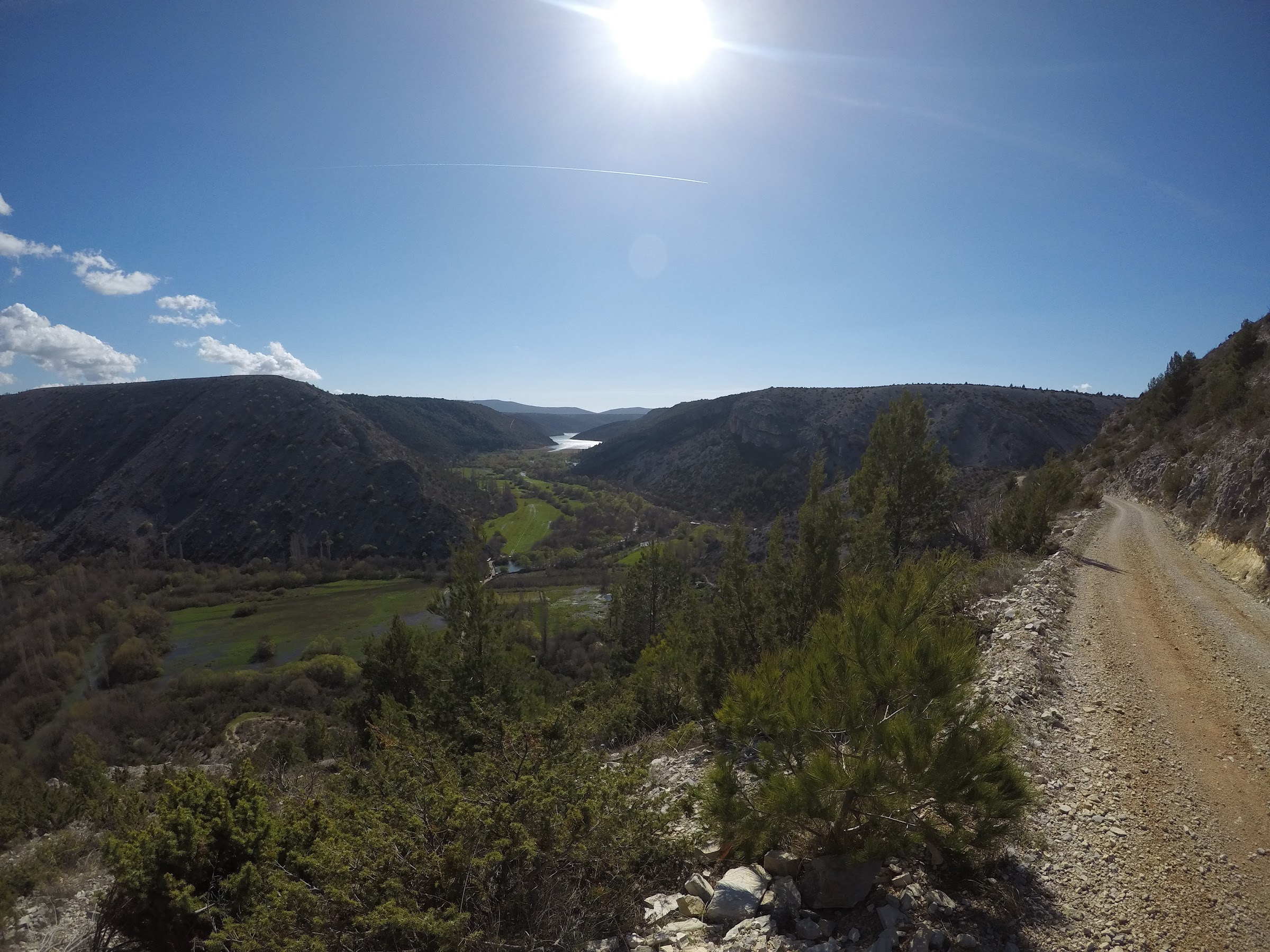 View to valley of Čikola river.
This was beautiful day for riding bike and taking pictures. No wind, perfect temperature, and a lots of clouds.

Note: Part of track in Lozovac from hotel Vrata Krke to the other side of river Krka over is not allowed for bikes so i walked this part. If you want to ride this route you need to pay entrance fee to ride certain part. Fees are paid at: Lozovac, Skradin or Roški slap. 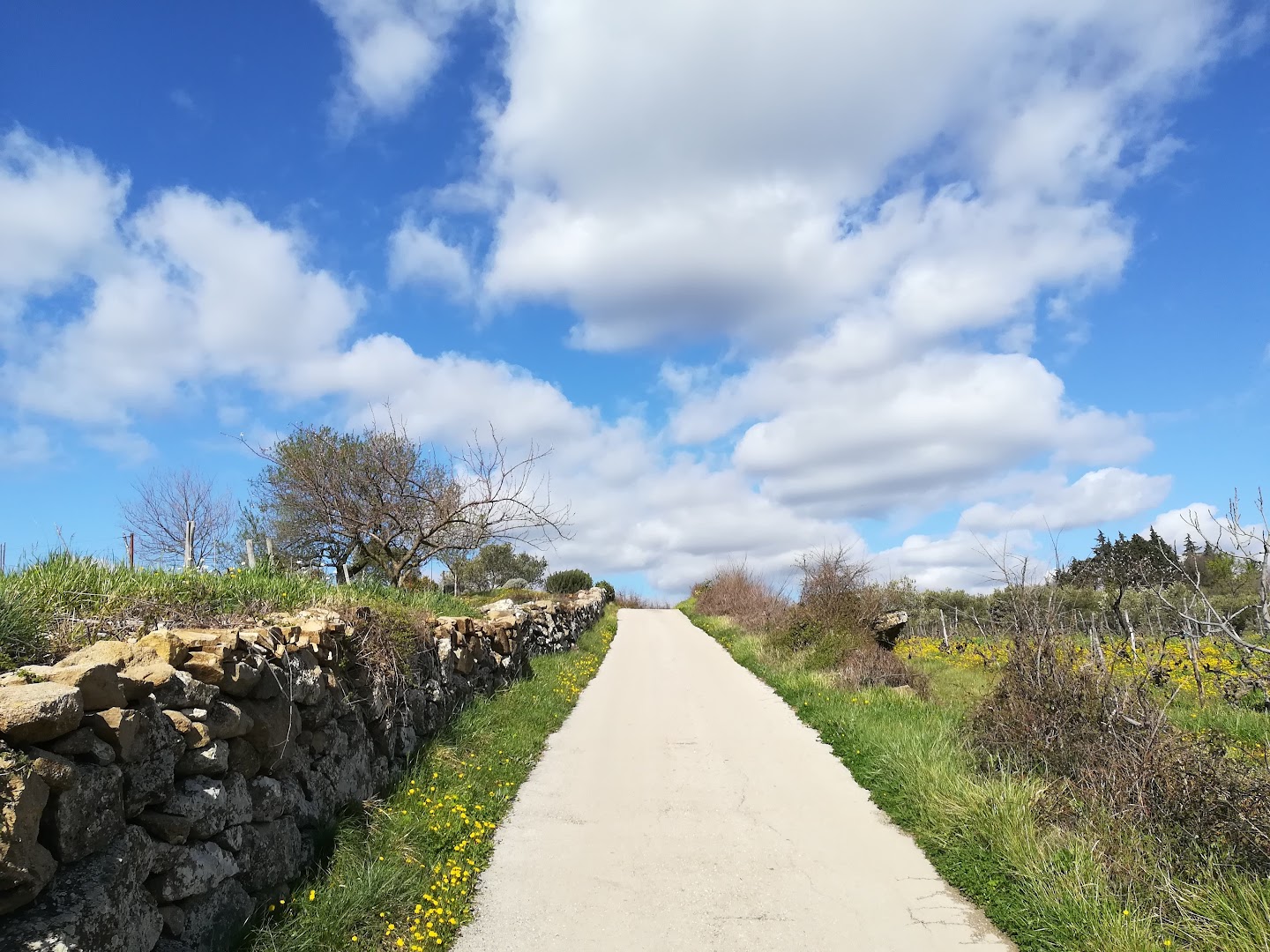 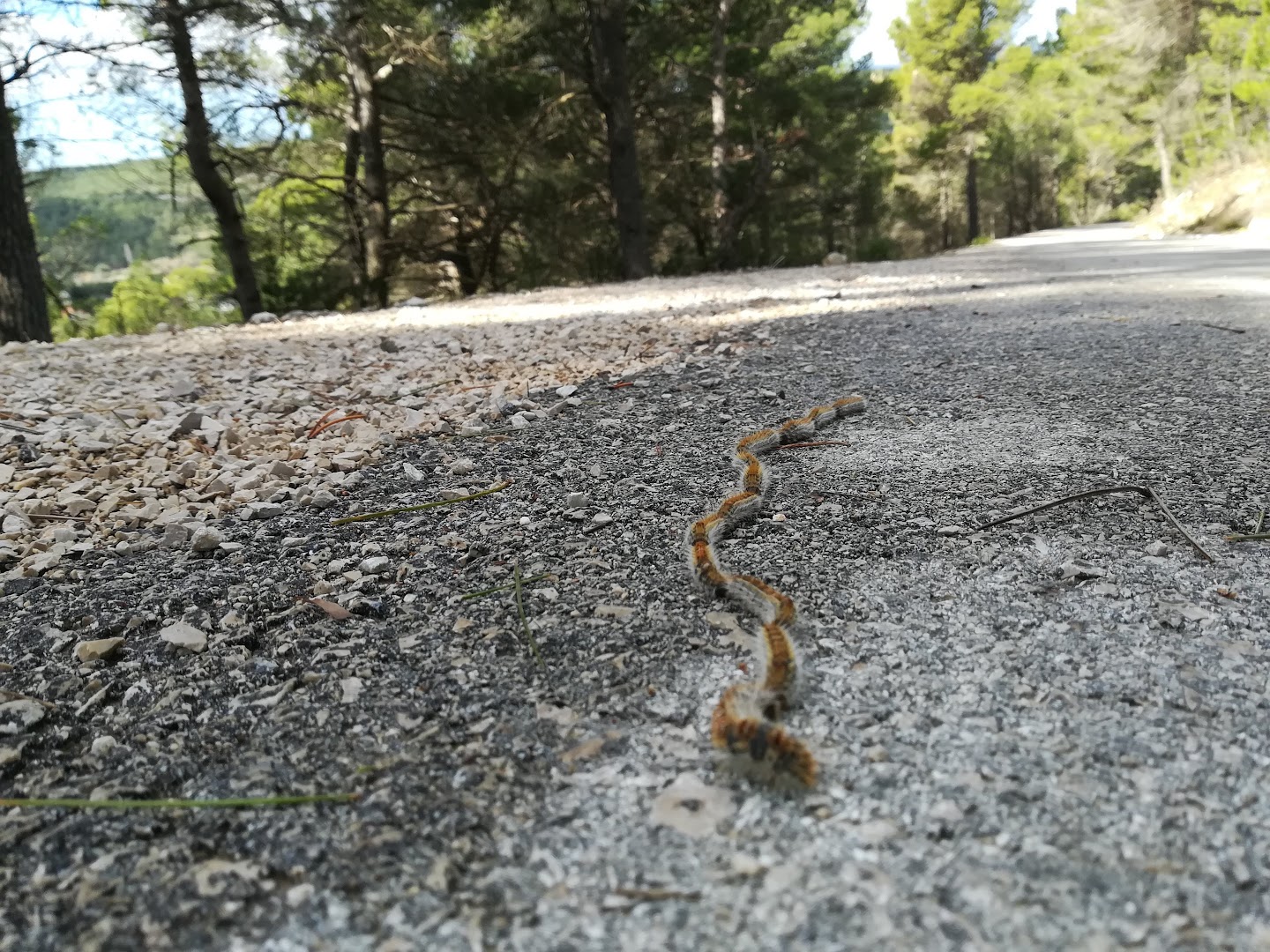 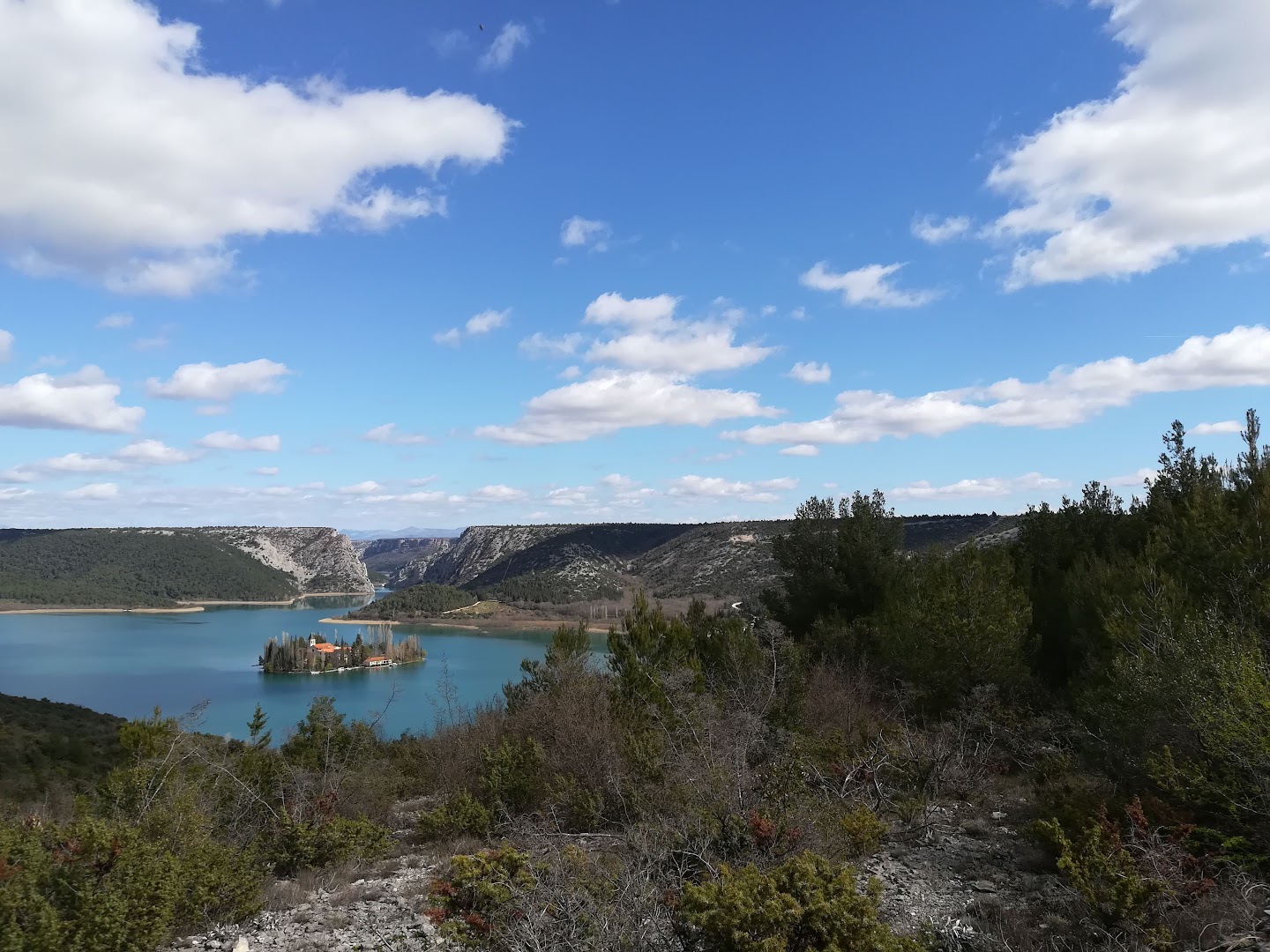 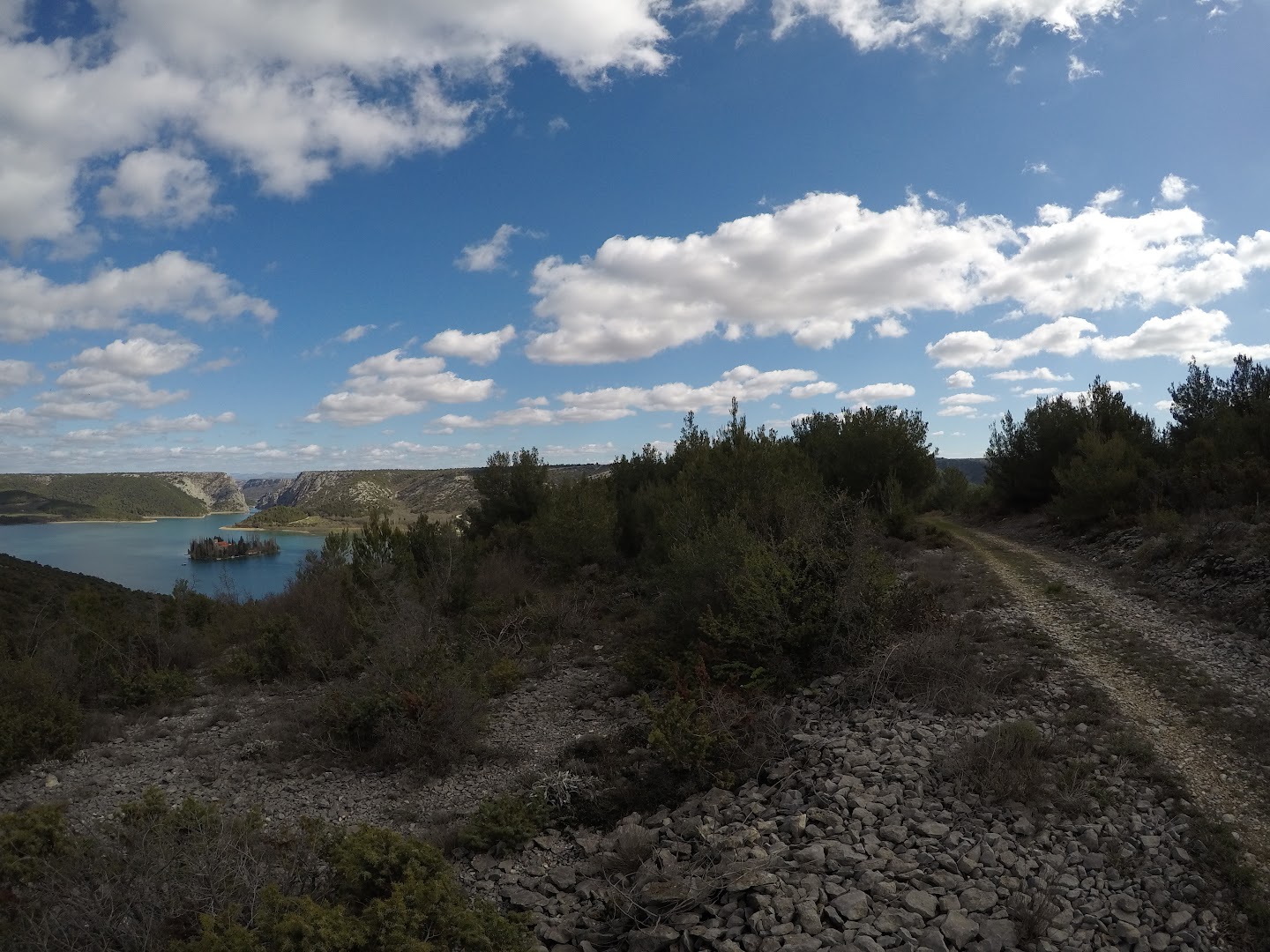 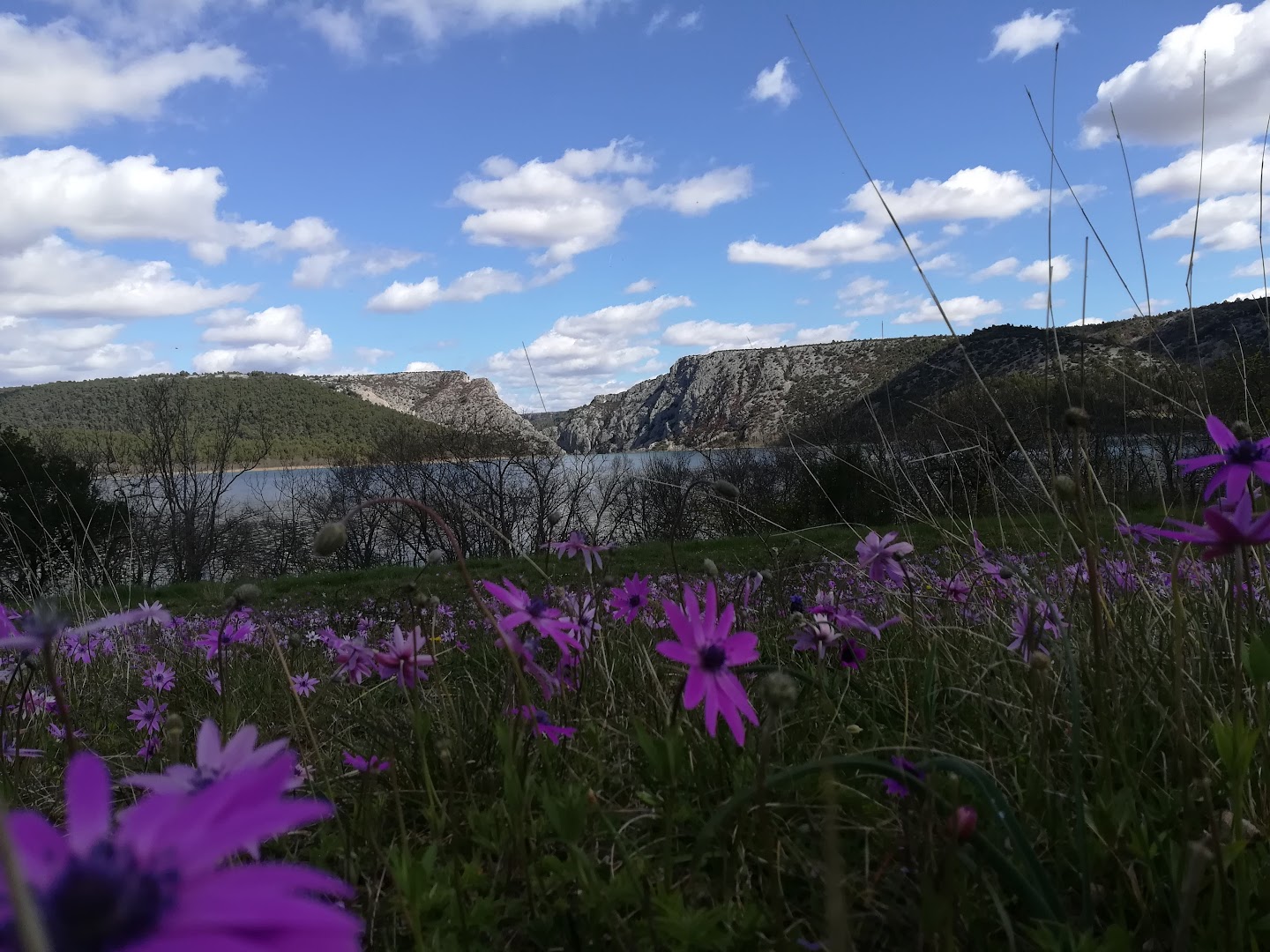 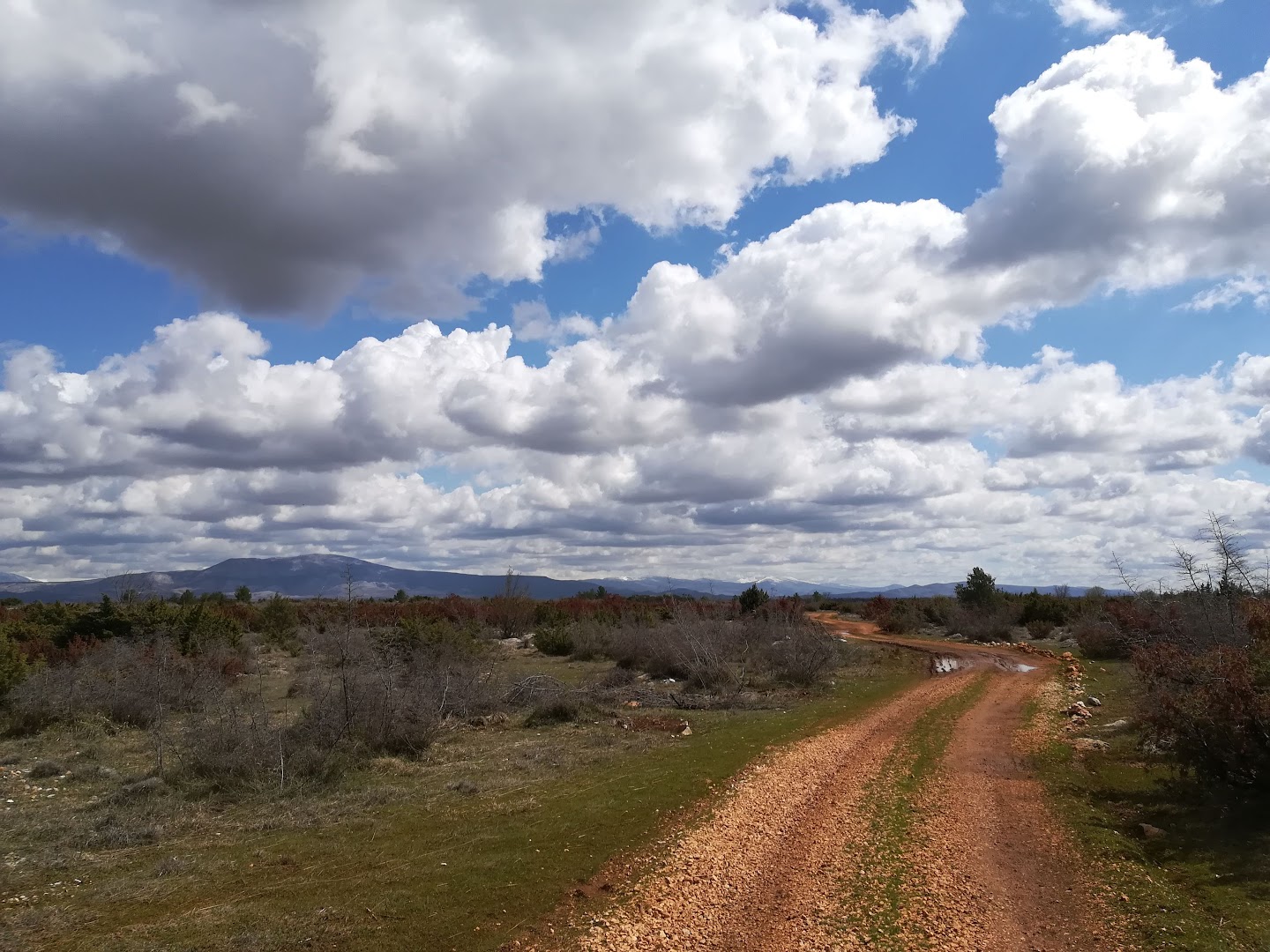 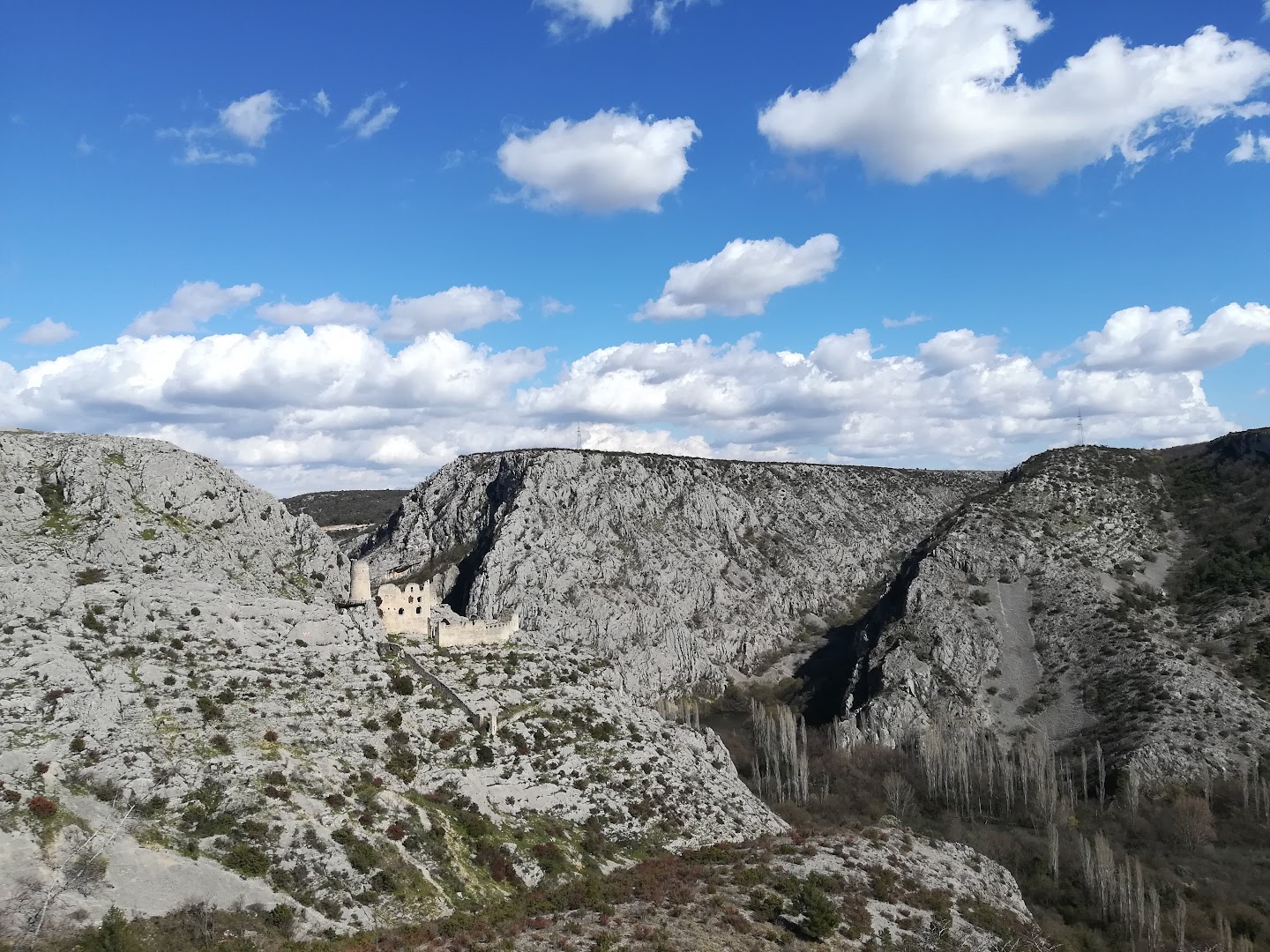 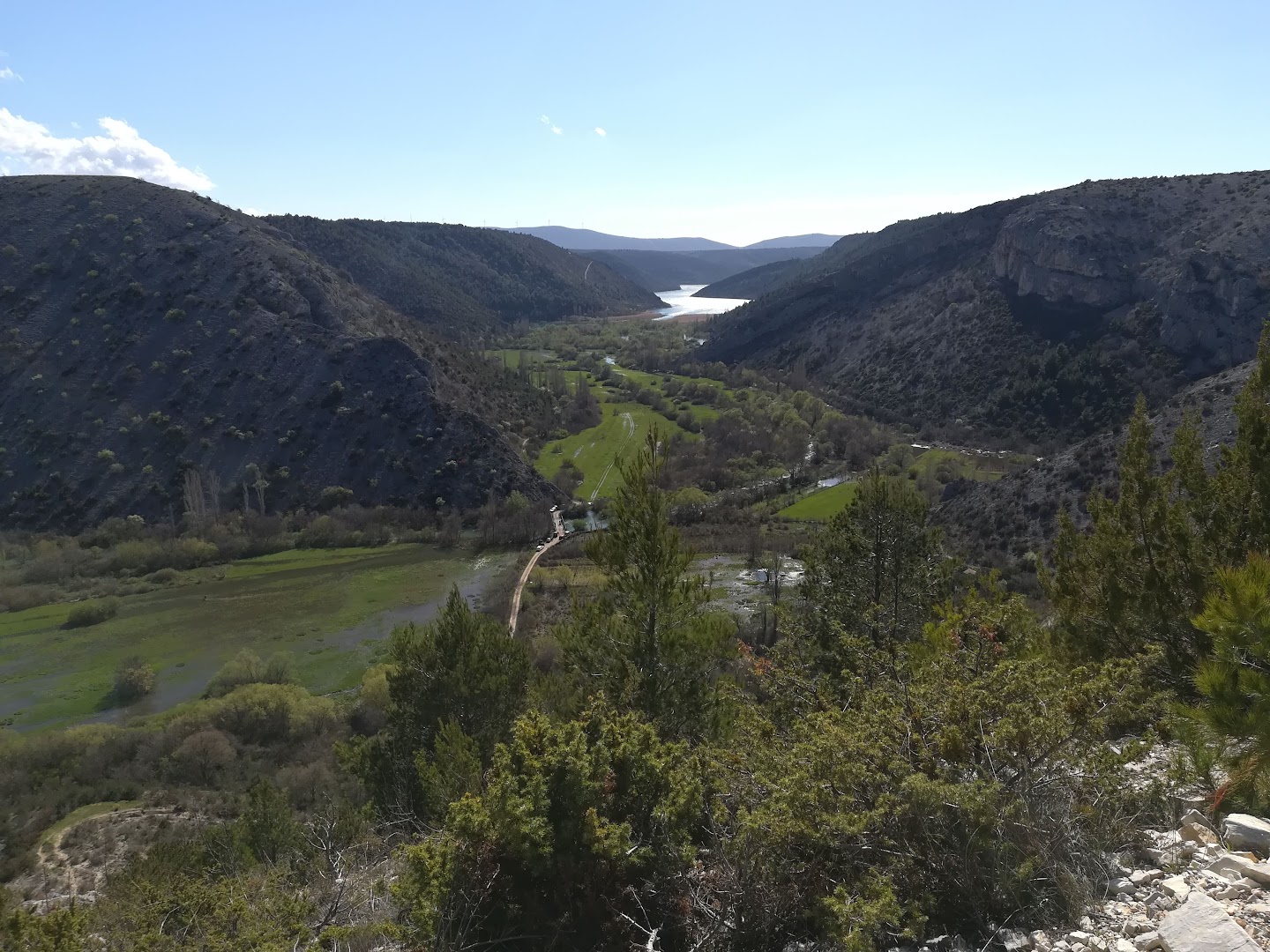 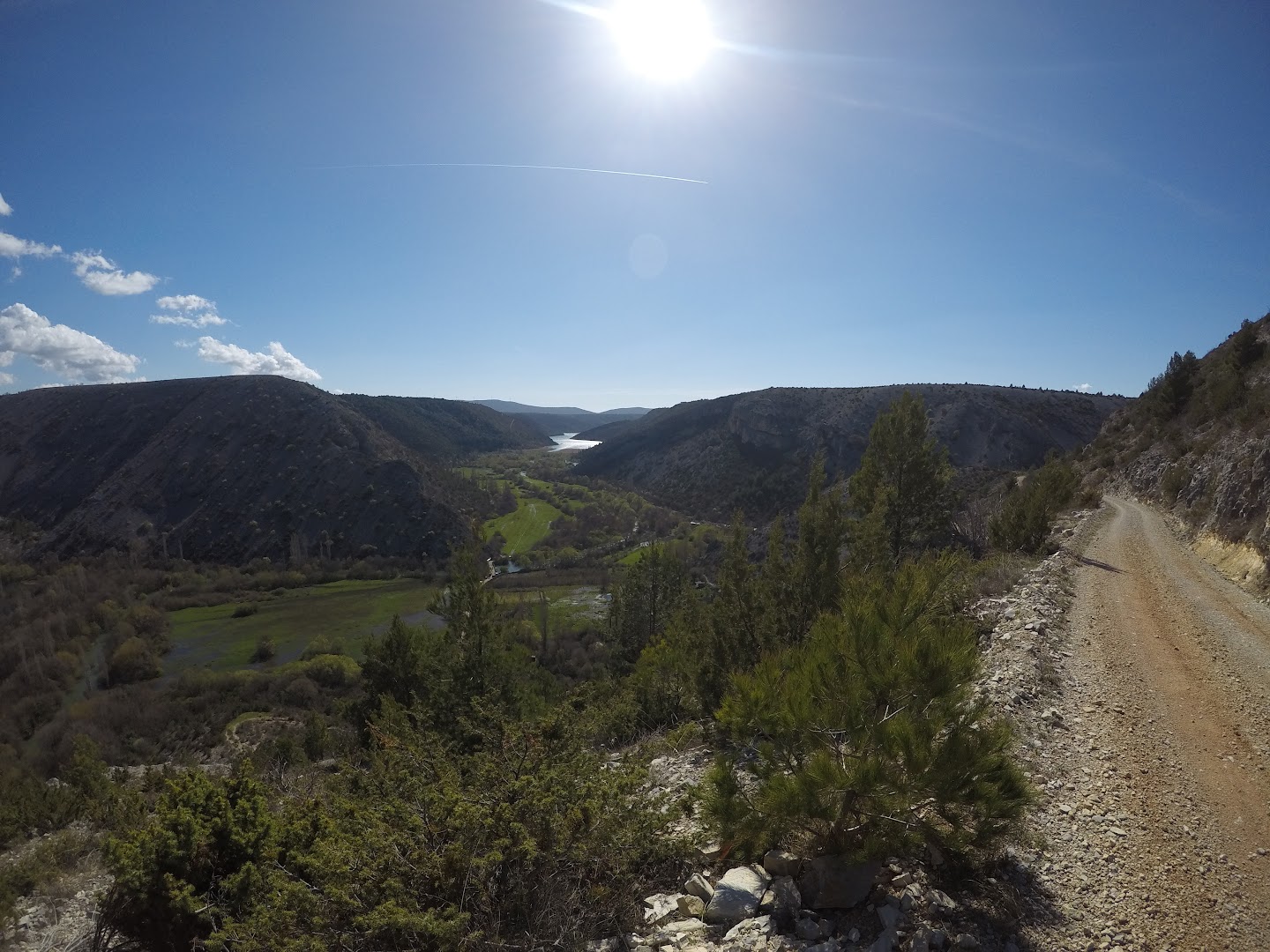