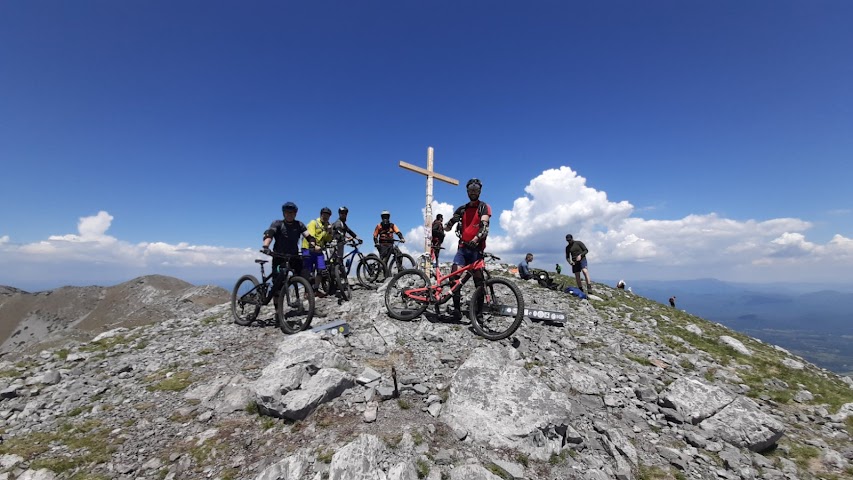 Finally, a serious ride on Velebit. Even though this is not my first MTB ride on Velebit, it is first ride on Velebit with proper trails. Few years ago I was visiting Velebit couple of times, but that were mostly XC rides. Žac invited me to go with him, Miroslav, Vjeko and Dino. It was already my plan to visit Sveto Brdo, so he didn’t have to ask me twice.

Before going on Velebit, we checked weather conditions, it is very important to avoid hot summer days. Could be very hot. We caught probably one of the last weekends when it is possible to go on Sveto Brdo without risking heat stroke. We started from Zagreb very early by car and from Sveti Rok went by Majstorska cesta (name of the road)  close to famous “Tulove grede”  and parked our car near. 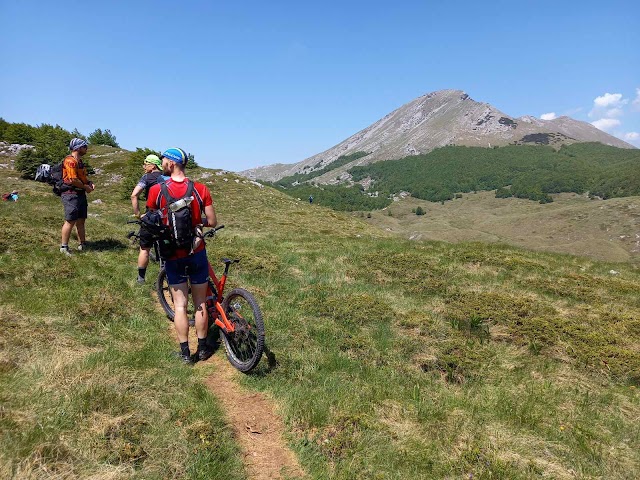 First part of the ascent is on easy unpaved road. After some time (about 9 km from our starting point) we reached end of macadam.  Here we continued on hiking path which is combination of biking and hiking.  Just before shelter Dušice is a well with drinking water so we chose this place for a little longer rest. After that we continued forward on very nice trail, that soon after becomes “carry on the back a bike” kind of a trail. Trail is very steep so it is easier to carry bike than to push it. If I remember correctly hiking path with bike on the back lasted about 40 minute. 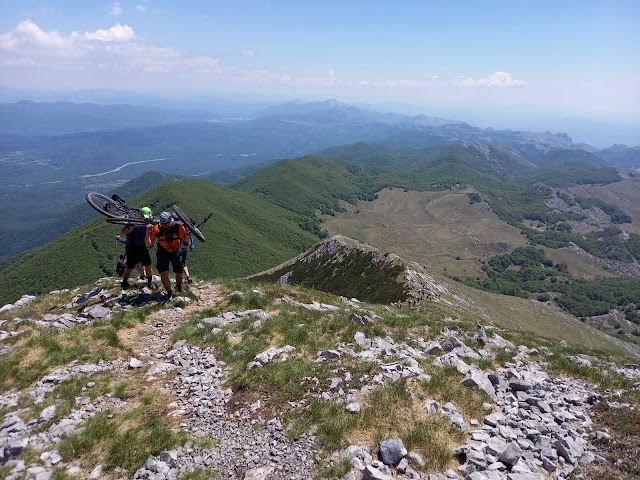 Most  hikers say that the view from Sveto Brdo is the most beautifull view in Croatia, my favourite is still from highest peak of peninsula Pelješac, but this is also very nice.

After long enjoy in the view we descended down the trail. We where lucky that we decided to go down with this trail because trail which we used to go up was crowded with hikers, trail on the other side that leads to Libinje was almost empty. First part of the descent is very steep with switchbacks. Middle part is also steep with switchbacks on loose surface. On elevation profile of the gpx trail I saw that lower part wasnt’t steep, so I expected flow trail, but it was still though because it has a lot of rocks so the trail demands a lot of trackstanding, balancing, endoturns and hiking. On the descent we found another spring which is great because there is still 9 km of ascent on very steep and loose macadam after descent. We had a problem with a horse which charged on us but it could be that we misinterpreted his intentions. It is not comfortable when horse runs after you. I’m still not sure if he was guarding spring well, his herd or he wanted some food. All in all everything worked out fine.

Out of all, thing that I didn’t like about this ride is that it ends with long ascent on steep and loose unpaved road, but this part is not suitable for normal car. If you have SUV or jeep I would recommend you to park on Libinjska kosa and start route there.

Note: Don’t ride this route during summer days, could be very hot. If you mind hiking during ascent or descent, avoid this route. 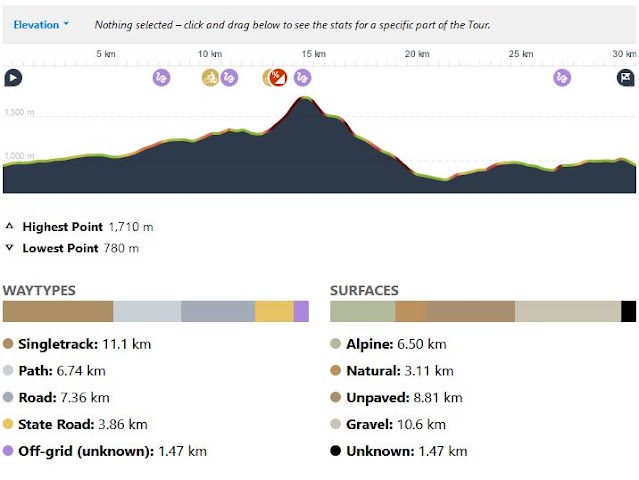