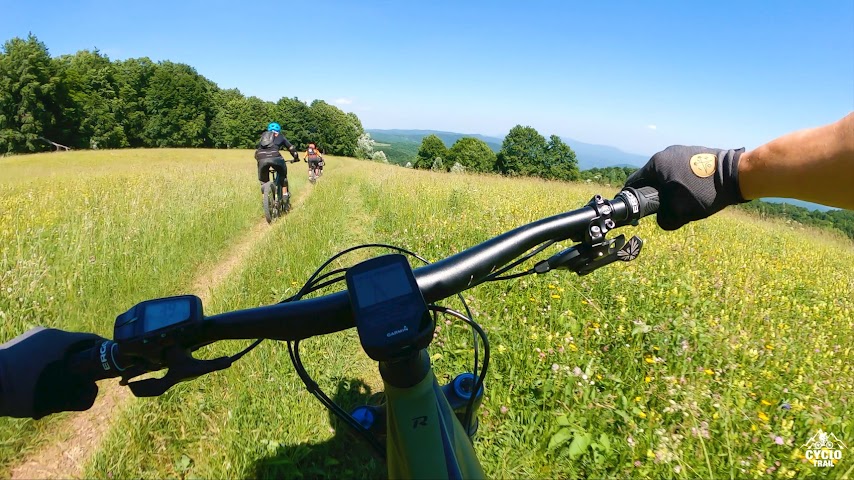 We decided to finally visit Sveta Gera (or Trdinov vrh on Slovenian). I’ve got a gpx file from Filip (on of the founders of Night riders Croatia) who recommended me to ride this trails as best of Sveta Gera. This track visits both side of border amongst Croatia and Slovenia, so you can say that this ride is illegal because there is no official border crossing. We started our ride from Sošice, it took us about hour and a half from Zagreb. Ascent from Sošice is on unpaved road at the beginning it is very easy not so steep, but as we were approaching peak, macadam became steeper and loose. It wasn’t so though for me because Ivan, Marko and Gojsi were riding E-bikes, so they gave me a boost on uphill sections.  After little rest on the peak we descended on the easy flow trail that goes along the ridge, and then we went on trails called Trdinka and Ciklama. Those trails are marked as black and red trails on trailforks, but for my website I classified them as 3/5 on technical difficulty. Ciklama and Trdinka are classic bike trails perfectly made by Slovenians, and those trails are ridden on Sloenduro competition. On the end of Ciklama trail we reached unpaved road on Slovenian side of Žumberak that leads to Sveta Gera/Trdinov vrh. This path easier than road on Croatian side, better maintained and not so steep. After reaching Sveta Gera peak for the second time, we descended once again on the flow trail that goes along the ridge and border, but after that trail end, we didn’t turned left, we continued forward on unpaved road.

Unpaved road soon becomes combination of steep uphills and descents that were quite tiring, but after reaching trails it was all worth it. Those natural trails that lead to Sošice were the best part of the whole route.  First comes nice uphill section that leads through high grass and flowers, after that comes ride on the ridge and in the end comes fast section through pine wood and little rocks that made trails more interesting. All in all, we were very happy with the ride, even though we were little bit skeptical after steep uphills just before those natural trails. 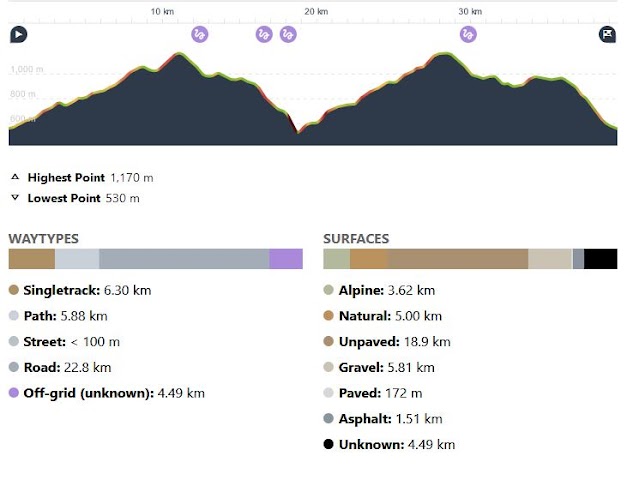