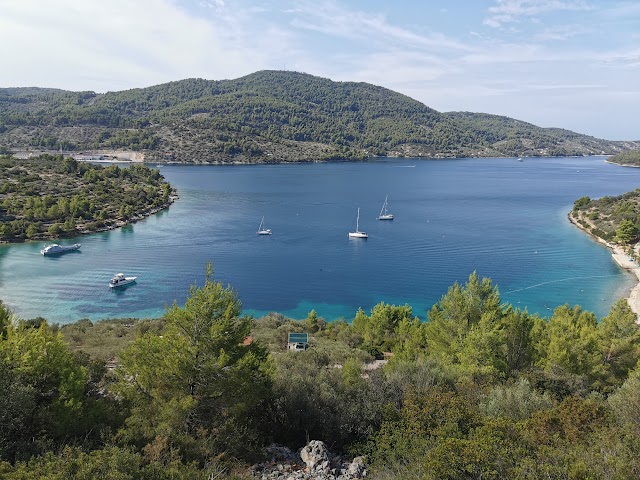 Korčula is Croatian island in Adriatic sea. It is almost 50 km long, and in average 8 km wide and it is the most populous Croatian island not connected to the mainland by brige. Main settlements on the island are towns Korčula, Vela Luka and Blato. This summer I spent part of my vaccation in Vela Luka, so I decided to visit hill above this town.  At the highest point there are the ruins of a fortress, which was built during the reign of Austria-Hungary in the 19th century and is now only preserved in fragments. As we were camping in campsite Mindel , which is aproximately 5 km from Vela Luka, I started from there. From there I immediately connected on gravel road that goes along the coast on eastern part of Korčula and leads to Vela Luka town. From there i followed path that leads to peak Hum.

On trailforks singletrack from peak Hum to Vela Luka is graded as black diamond, but I think it is more blue trail. First part of the trail is on some old stairs that look like rocky section due to decay. From there is combination of switchbacks and fast flow sections. At 15th km of the route I went left, but you can also go right on intersection. On that side there is also singletrack that leads to Vela Luka town. From there I continued forward to camp Mindel by the gravel road that goes along western part of coast. On the way there are also nice trails with the view on sea. 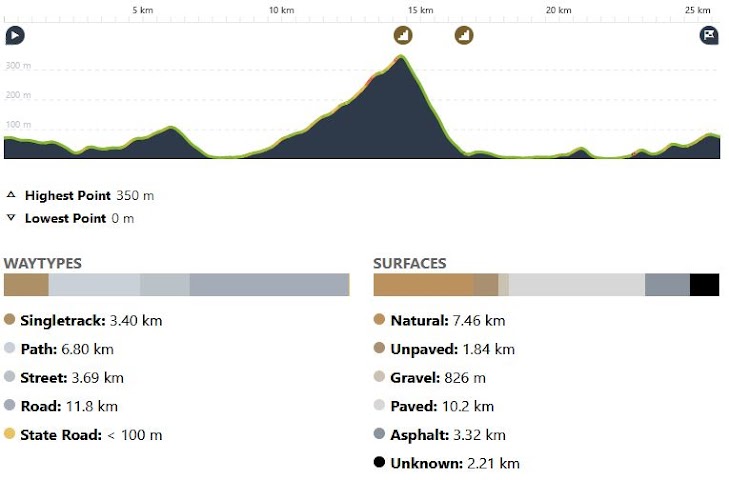